Meta2 SDK has been updated to 2.6. There are several improvement.

You have to uninstall old SDK if you have installed. You also have to update NVIDIA driver to over 390.77 (latest version when 2.6 was released). Refer system requirements below.

As I said on the tweet, more stable image is showed on Meta2 head set. It's interesting to see 100cm size heart.

If you enable the mode with Unity, you should check "Rotation Only Tracking" of SLAM Localizer in MetaCameraRig 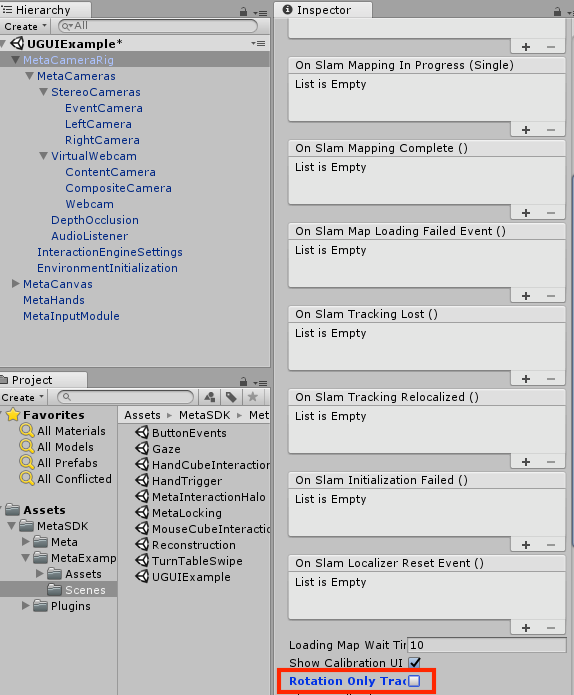 But I failed to try the mode in Unity because my Meta2 keep stopping with showing "Waiting For Sensor". In this time, I used keyboard F9.

Unity editor stopped when I tried the situation below.

I guess current Meta2 did not have a feature of realtime SLAM. 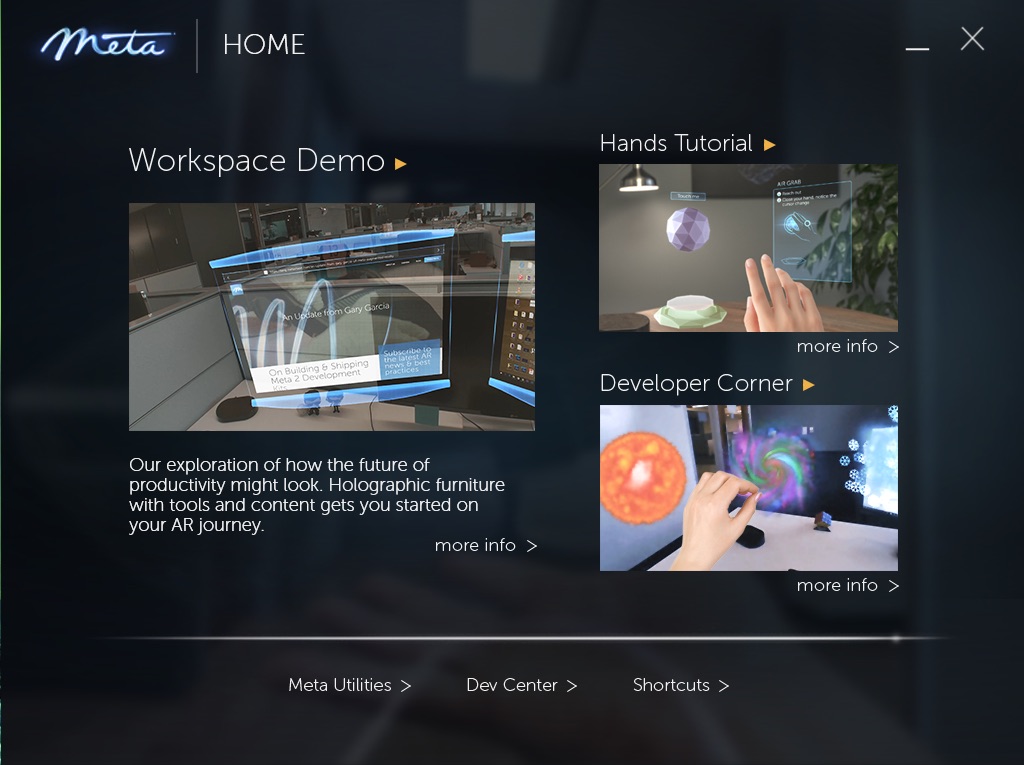 3.3 Meta2 head set has no image when Meta2 app is stopped

3.4 Tutorial project of Unity has been published on GitHub.

Meta2 tracking accuracy is being improved. I found an app introduction forum.

Meta2 community is smaller than HoloLens, but it is being bigger and bigger. AEC Hackathon is one of example.

We had a great time at #AECHackathon over the weekend where several developers created breakthrough #AR experiences with the Meta 2 headset. Shoutout to the amazing sponsors, @DEWALTtough and @autodesk for help making this happen! pic.twitter.com/Feg1Wad1TG

There were dozens of developer in the event.

Autodesk, which is a big company of 3D data, CAD and so on, was a sponsor according to the post.