VR180 is expected to be a new standard VR photo/movie format. The "GEIMU" is one of VR180 based films. The film provides viewers with a new fantastic VR experience, but it may be not popular without Japan.

1. "GEIMU" includes originality and ingenuity of the author and staff

"GEIMU" is a collaboration film with VR, AI and Ninja action. The story is like this:

Emi is a Japanese girl who is a hardcore gamer. One day, she and her pal Hiroshi illegally hacks her VR game console together with her AI "PIXIE". They succeed to hack the game and eliminate all safety protocols in it. The game is a typical RPG in the age of provincial wars in Japan. it seems to works normally, but bizarre events begin to take place and she gets separated from Hiroshi. She plays the game aiming for escape.

GEIMU was written, directed, and edited by Dorian Goto Stone. He and all staff put a lot of thought into the film.

Kouken Sugiura is a film and theatre actor, martial artist and horseback archer who performs all of the sword action and horse riding in the movie from behind the camera. 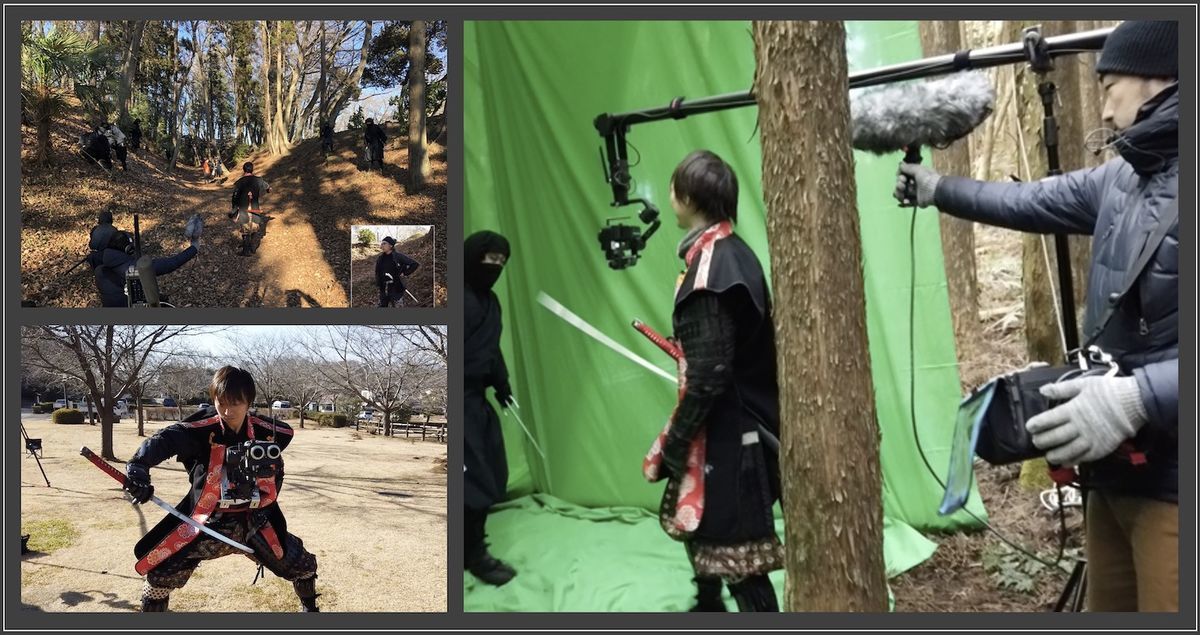 Masaki Komatsu is a veteran film and stage combat choreographer who specializes in ninja sword fighting, and he choreographed the movie's sword fights.

Masato Ushijima, an owner and sound designer of Sonologic-Design, adapted ambisonics audio technology into the film.

Mari Idaka, a makeup and hair artist, is in charge of creature effects.

As of 19th March, you can watch part of stories in YouTube. All of scene includes English caption.

All of them are famous actor / actress. Most of Japanese have watched them on TV.

There are many difficulty of the VR180 sci-fi action film, but they succeed to shoot of the movie. Their next passion is releasing the film into the world. Therefore, they started a crowdfunding.

They said that they'll use the return for their promotion.

English translation has been added at official site.
You can see their messages in detail.

You can also check how to register the crowd funding site "Motion Gallery" and back. See "update" button in the site. 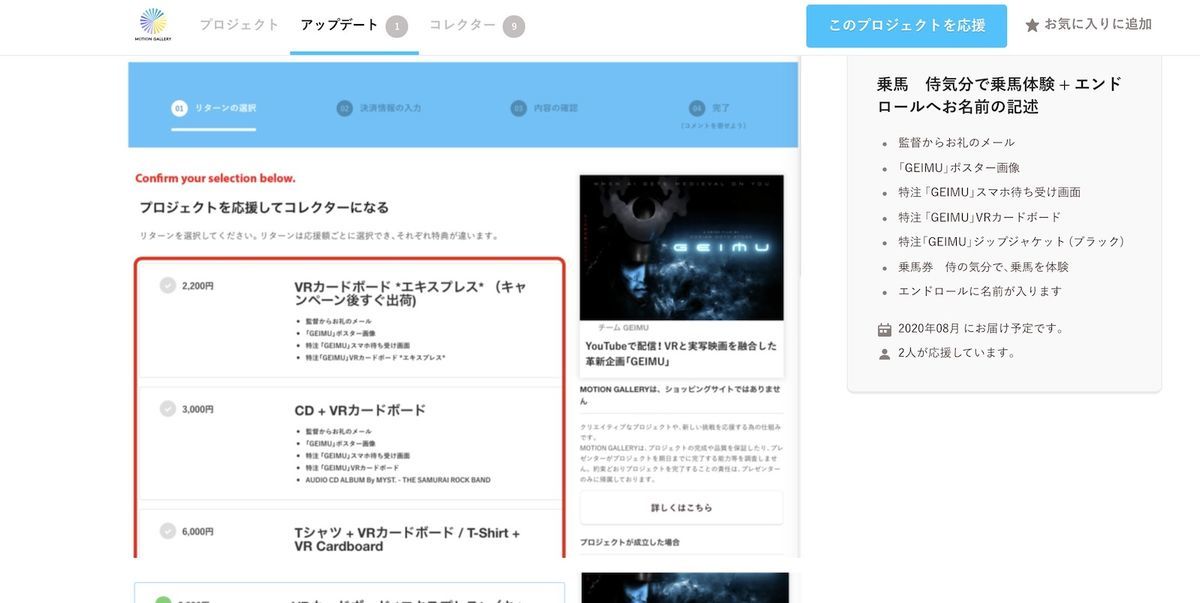 They announced they canceled their crowd funding because of corona virus (COVID-19) situation.

It was a difficult decision but we are cancelling our crowdfunding campaign due to the recent escalation in the corona virus situation overseas and most recently in Japan.
We, the producer team, have decided that now is not the time to crowdfund for our film promotion.

I think it was sad decision. I hope the sad situation will be ended.
They'll publish rest of the contents (Ep.4 and Ep.5). I'll be looking forward to watching it!

I know a little about VR180 (ref : Tips of dual camera "VuzeXR" for camera beginners - CrossRoad) , but there are not many VR180 film especially sci-fi action as far as I know.

I watched two parts of "GEIMU" (Rest of parts will be published by May 2020) and excited the new potential of VR180.
I recommend to watch it!