Have you met "Visual Studio C++ Runtime Error" ? In my case, I met with the error when I run a tutorial application of Meta2 Head Mount Display.
In this post, I investigated the cause of the error and how to resolve it. 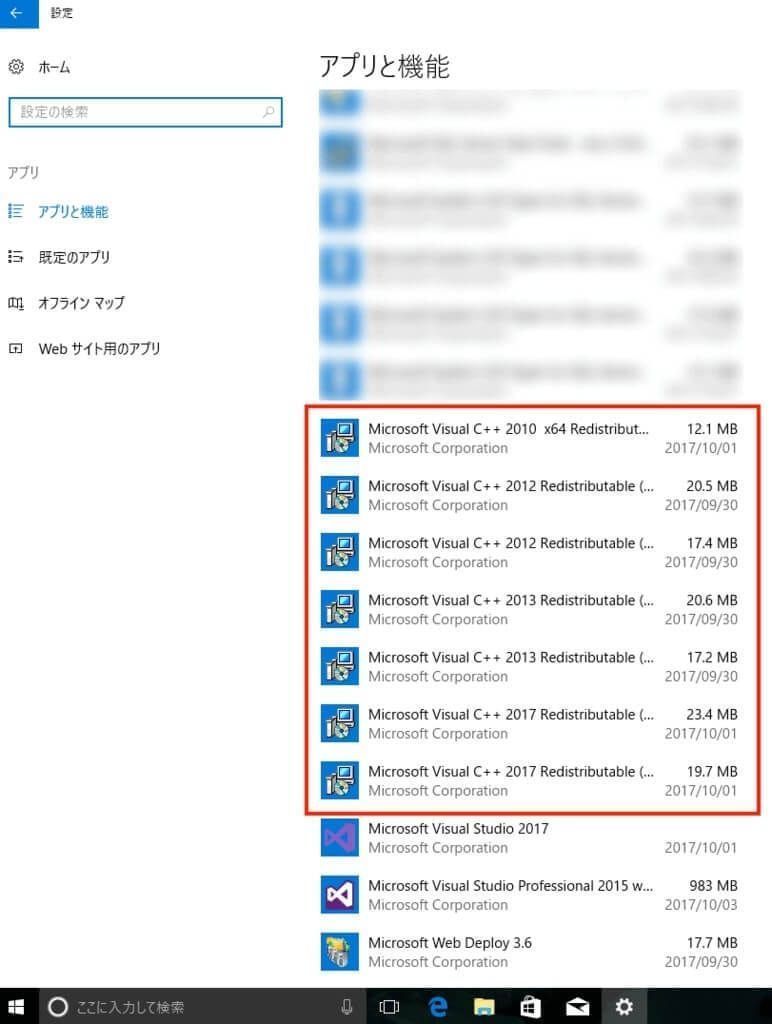 The version of the runtime library is showed not only "2015" but also "10.0.30319". Detailed information is showed like the following figure.

(1) You can get runtime libraries at Microsoft Download Center

Here is the link.

I don't the reason, but several version of the libraries are provided at other link.

(3) Some runtime libraries depends on language not version number

Some libraries is the different because language is different. It means that if you use a Japanese application, you need runtime library in Japanese. (Of course language is not always cause of the error)

2. What is Runtime Error?

Runtime Error means that appropriate runtime library is not found. In my case, no specific message was showed. Normally file path of the error is showed in red square. 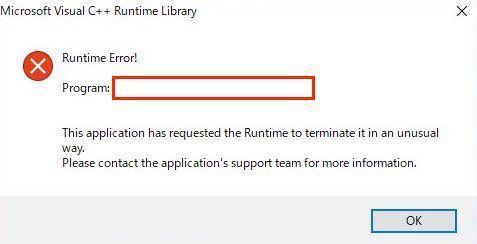 3. How to solve runtime error problem

You install appropriate runtime libraries with log investigation by yourself or you inquire developers / companies.

Meta Company developer showed it. He said when the environment variable which is related with the application is ordered upward direction runtime error message sometimes disappear.

The following figure explains how to open environment variable setting. 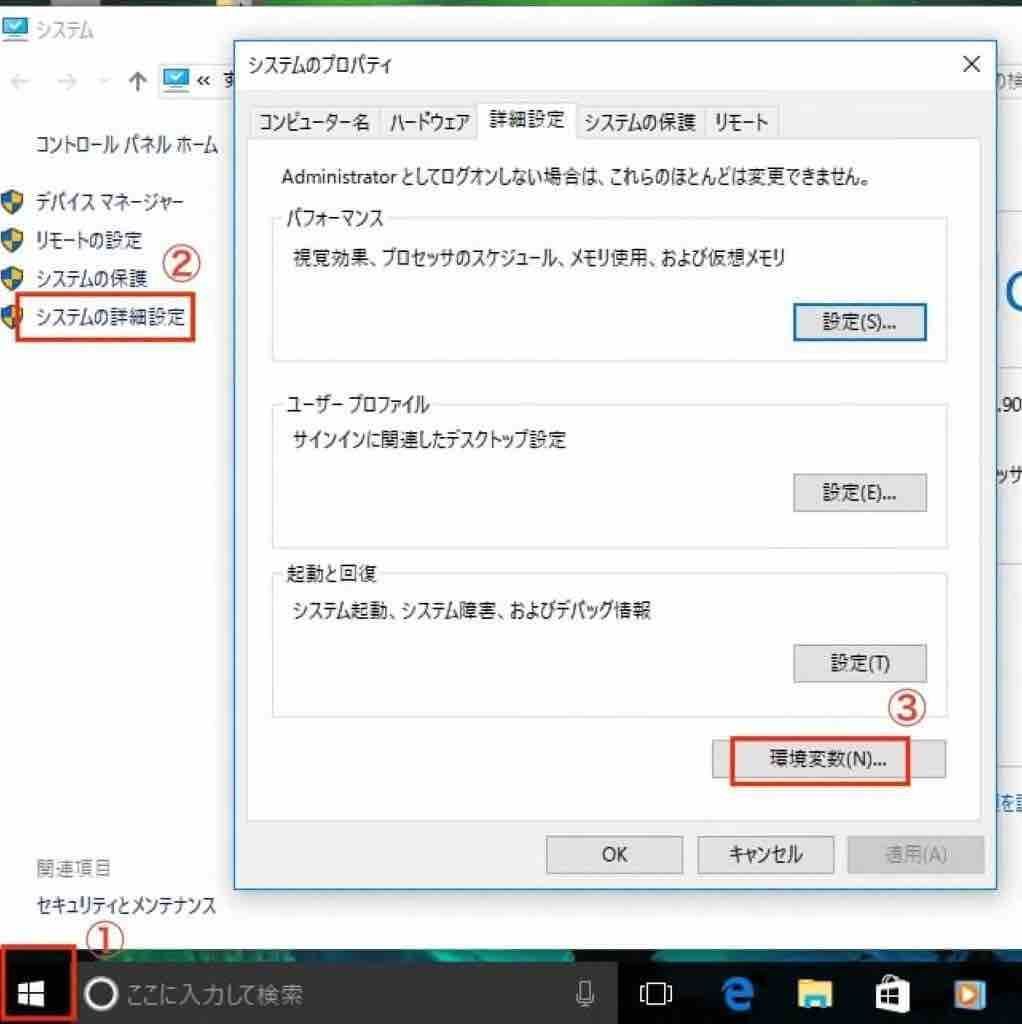 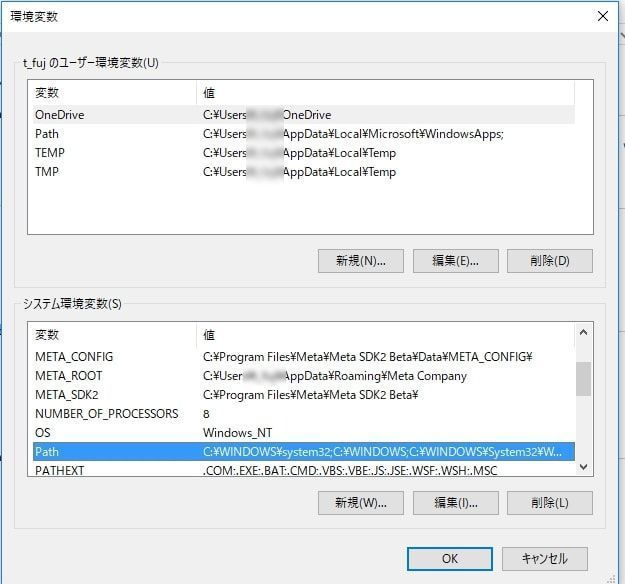 You can change order of each file path. You move the path upward direction. 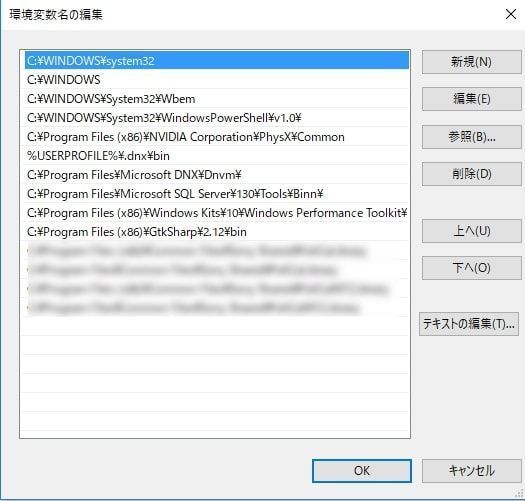 It's a last resort but I solved the problem with clean install. In my case, my PC had been upgraded from Windows 8.1 to Windows10. According to Meta Company developer, several runtime library rarely conflicts on upgraded PC from 8.1 to 10.

I got runtime library as far as I can and installed them. But the problem was not solved. On the other hand, no matter happened on clean installed PC. The PC hardware was of course the same. Therefore, I think an environment on upgrade from 8.1 to 10 caused the problem.

In this post, I introduced about Visual C++ Runtime Error and showed several solution. Windows OS upgrade from 8.1 to 10 cause the problem. I'll be happy if the information help for you.

« How to use OpenTable? What is Dining Po… How to execute ".babylon" files with No… »
Profile